Due to mandated Shelter In Place policies, shipping will be halted until April 3rd. New and pending orders may not be shipped until April 3rd.
We can still answer your inquries at sales @ wherethewindsblow.com or our contact us page. Dismiss

Two players face each other; and place 2 racks in front of each player. (“NOTE from Nat

Push the remaining tiles away from the center of the table so discarded tiles can be placed there during the game.

. This strategy will keep the game moving along quickly.

STRATEGY NOTE:  The disadvantage of not exposing your own Mah Jongg is that the game might finish before you have declared your own Mah Jongg; and you must have a Mah Jongg exposed in order to be paid.  You won’t be paid for a MJ that is still IN your rack, not ON your rack.  However, once you’re first Mah Jongg has been declared and exposed, one MAY NOT exchange for those exposed Jokers. The longer you delay declaring a Mah Jongg and exposing those tiles, the longer you are able to use your own Jokers interchangeably.  Remember, once the Mah Jongg hand has been exposed and declared, the Jokers in the exposure can NOT be exchanged.

The only difference is that you remove 4 FLOWERS and 4 JOKERS from the game. 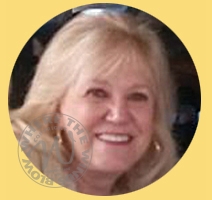 GLADYS GRAD is a well known name in our American Mah Jongg universe. Her daughter reintroduced her to the game, following her career in the Chicago area as a City Manager and a University Professor. After moving to Florida, Gladys and her late husband Phil acquired Mah Jongg Madness® (MJM), a 19 year old company whose main focus was several weekend get-away Mah Jongg tournaments each year, and the annual weeklong National Mah Jongg League Cruise Tournament. Gladys has watched MJM and the game grow and thrive since 2005; holding tournaments and cruises, some numbering 250, 350, and over 450 participants. She simplified and codified Standardized Tournament Rules; introduced the Mah Jongg Master Points system of formulating scores and ranking tournament players (over 8,000 members to date); and last year she invented a version of our Mah Jongg game that is gaining popularity everyday – “Siamese Mah Jongg” – 2, 3, & 4 handed versions. In addition to her own schedule, Gladys helps local organizations to plan and conduct their charity events.