“The first time I thought of killing him, the two of us were having chicken sandwiches at that fast-food place with the oversized rubber bird anchored to its roof.”

“I know the one.” I hand a cup of coffee across my desk to a woman I have not seen in twenty-six years.

With her free hand, Charlotte Martin pushes back a gray strand escaping from her ponytail. “It didn’t seem like the right thing to kill him in a place they close on Sundays. Besides, Carrie, being a lawyer, you can understand I didn’t want to do prison time. I decided it would be better to divorce your father.”

In all the ways I’ve imagined reconnecting with my mother, I never thought it would be on a Sunday morning in my office discussing why she once wanted to murder my father. Stunned that this blue-jeaned woman carrying a large plastic bag knew I worked at Carleton Industries or that I’d even be here today, I put my coffee down on the brief I was drafting.

Until she spoke and I had a faint recollection of the lilt of her voice, I had no idea who she was.

I rummage in my desk for a packet of sweetener, wondering why anyone, especially my mother, could ever think of killing my father, the former minister of Wahoo, Alabama’s Oakwood Street Church. Rather than ask, I wait. One thing I learned before I washed myself out of the police academy to go to law school is that there’s no reason to rush. You can often learn more from silence than by asking endless questions.

My hand trembles as I pour the last of the coffee into her mug. “So, you walked out on him instead?”

“Not quite. I went home that Saturday night promising myself I’d be a dutiful wife, but as we lay in bed with him snoring and me seething, I again felt like killing him. When I found myself debating whether to stab him, beat him with the bedside lamp, or wait until morning and poison his oatmeal, I knew I needed to leave.” She chuckles, letting me see laugh lines etched into her face.

“Don’t look at me like that,” she says. “Little things kept getting to me. Things like the way he left his black socks next to our bed every night for me to pick up. Or, how he sprinkled as much Gold Bond powder on our bathroom floor as on him.”

She rummages through her bag until she pulls out a well-handled envelope. Before I can ask what it is, she stands so that she is looking down at me. I stand, too. She holds the envelope out, but I keep my hands down by my sides. “It won’t bite,” she says, putting the envelope on a stack of file folders on my desk. “We divorced once I was back on my feet. By then the congregants had stepped in to help him and you, as I knew they would.”

“But why come back now? That’s what this afternoon’s discussion is about, isn’t it?”

“Yes.” She picks up her bag. “I promised him then I would give you this. I tried to keep my promise for many years, but until now, I’ve never had the courage to honor it. Maybe,” she says, already standing in my doorway, “when you read that letter, you’ll understand what kept me from being his wife.”

“Or my mother,” I whisper—but she is no longer there. 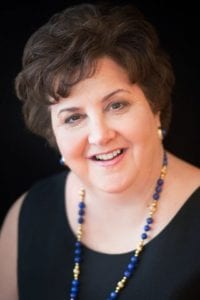 Would you like to read more? Purchase the book by clicking this link!

Judge, author, litigator, wife, step-mom, mother of twins, and civic volunteer, are all words used to describe me. My life and writings are equally diverse. Maze in Blue, my debut novel, set on the University of Michigan’s campus in the 1970’s, received a 2012 Independent Book Publisher (IPPY) Award and was reissued as a May 2014 selection by Harlequin Worldwide Mysteries. Should Have Played Poker: a Carrie Martin and the Mah Jongg Players Mystery, my second book, was released by Five Star in April 2016. Even though my novels are murder mysteries, it is a safe bet that when it comes to my writing – and my life, “It’s Not Always a Mystery.” I grew up in Newark, New Jersey and Jackson, Michigan. After earning my BA in English and History from the University of Michigan, I moved to New York to pursue a job in publishing and to try to get on Jeopardy. Goals accomplished, I enrolled at Emory University School of Law to obtain a juris doctorate. Initially I practiced corporate international tax law, but then decided to focus on labor litigation. A high point of my trial work was receiving a U.S. Department of Labor Meritorious Achievement Award for Marshall v. Georgia Southwestern, a case of first impression addressing equal pay in higher education. After twelve years of litigating, I was one of the youngest individuals appointed as a U.S. Administrative Law Judge. During the next few years although I talked about writing a novel, I concentrated on writing legal opinions and articles. In 2009, my friends and four children challenged me to seriously pursue my dream. My first attempt, a non-fiction essay entitled Maybe I Should Hug You received an Alabama Writer’s Conclave Award. A retooled version of that piece was printed online in April 2010 by MORE Magazine online as More Hugs Less Fear. As my writing career took off, I realized I wanted to devote my full energies to my passion, so I resigned my lifetime appointment. Although I enjoy non-fiction writing and wrote a regular “We Love Libraries” Sisters in Crime inSinC column, my main focus has been on novels and short stories. Many of my short pieces have won awards or been published in print and online periodicals. Three, Thanksgiving in Moderation, Meme’s Place and Who Dat? Dat the Indian Chief! have been included in short story anthologies. In addition to writing, I am an active civic volunteer. Presently, I serve on the boards of Sisters in Crime, YWCA, Alys Stephens Center for the Performing Arts, The Guppy Chapter, and Alabama Writers Conclave. Past commissions and boards include The University of Alabama at Birmingham’s CMBD Community Leadership Council, UAB’s Pediatric Transplant Committee, Temple Emanu-El Endowment Foundation, Governor’s Commission on Quality Teaching, United Way of Central Alabama, Girl Scouts of North Central Alabama, The Women’s Network, Zonta Club of Birmingham, Forum, The Women’s Section of the Birmingham Bar Association and the American Heart Association’s Birmingham “Go Red” Passion Committee. I also am a member of Mystery Writers of America and International Thriller Writers. My husband and I live in Birmingham, Alabama. Although his blood runs crimson and his dreams are filled with images of Nick Saban and Bear Bryant, even he admits that the Wolverines are always a team to watch.