American Mah Jongg (2016 NMJL card). It’s that time of the year when hearts beat faster, the world appears brighter, and life blossoms anew… when the mail carrier brings the new National Mah Jongg League card. So the blessed event has arrived. The shiny new card is in our hands. Let’s dissect it.

2016 #3 – This hand contains the only legally exposable dragon pung on the 2016 card. It’s actually the norm that a card contain no exposable dragon pungs. This year, if a player exposes a pung of white dragons, you know what hand she is making, and you cannot call her dead. It is still incorrect, though, to expose a pung of green or red dragons; those are all concealed hands.

2016 #5 – As usual, the bottom hand of this section and others is a concealed hand. And this hand follows a classic pattern: four pungs and a pair. That kind of hand is the easiest to make, which is why you never see a four pungs and a pair hand marked X on the card. Marking the hand C, instead, amps up the hand’s difficulty, thus increasing its value. This pattern is found at the bottom of Evens, Consec., and Odds as well. Don’t be fooled by that C; this type of hand is imminently attainable.

Evens #2 – Look at the pattern of this hand: pung, pung, kong, kong. This is a recurring pattern on the card. Last year the recurring pattern was pung, kong, pung, kong (the pattern alternates each year). Look at the second hand in Consec. and Odds and 369. This pattern allows for some misdirection on the part of the clever player; showing a pung and a kong of different suits can fool an opponent into thinking another hand is being made (causing the opponent to misinterpret what the hot tiles are). We’ll see some examples in later Defense columns this year.

Consec. #2 – The most powerful hand on the card is back at its traditional position, beneath the five-number run hand. What I was just saying above, about two-suit exposures, is facilitated by the very nature of this hand. Showing two odd numbers (a pung and a kong of two suits) could mislead an opponent into thinking the hand is Odds; Two even numbered exposures could mislead an opponent into thinking the hand is Evens. It’s even feasible to make an opponent think you’re making 369 while making this hand. That’s one of the things that makes this hand so powerful; another is that it doesn’t have any pairs, thus jokers can be used throughout.

W-D #2, #3 – These concealed hands aren’t at the bottom of the section. These hands contain the only wind pungs on this card. If anybody exposes a wind pung, she’s clearly dead.

W-D #5, #6 – If a player exposes two dragon kongs, you know she’s making one of these two hands. First line of defense: look for the whereabouts of flowers and that third dragon.

Tom Sloper is a video game designer and producer. His work on Activision’s “Shanghai” franchise led him into the world of mah-jongg. He has contributed to several mah-jongg books and wrote “The Red Dragon & The West Wind.” He hosts the Mah-Jongg Q&A Bulletin Board and writes the Mah-Jongg FAQs, and a monthly mah-jongg column, “Sloper On Mah-Jongg,” on his website at Sloperama.com. 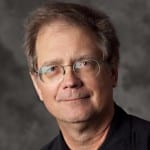 For more from Tom Sloper, please visit his website at www.sloperama.com