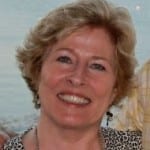 Sometimes oldies but goodies are priceless. That applies to Mah Jongg sets as well. I got the bug to start collecting vintage Mah Jongg sets last year when I was lucky enough to be given one. The son of a former player who had passed away wanted his mother’s set to be used to carry on the tradition in her memory. It’s a beautiful bakelite Metro set circa 1940 or 1950. After cleaning it up and getting stickers to use on spare tiles the set was ready to use! I was so excited to start using it in my weekly Mah Jongg games in which we have 3 or 4 tables on average playing every Tuesday. I proudly brought it in to show everyone and start to play with it. I wanted to live up to my promise to “Bob” that we would carry on his mother’s tradition.

First, others were surprised to see the different “artwork” on the tiles. Flowers, Jokers, Red dragon, White and Green dragon symbols all were gorgeous, but a strange thing happened. They didn’t like playing with the set! These lovely ladies that I have played with for years were flummoxed by the different look of the tiles. They didn’t like not having pushers to move the tiles out easily from their respective walls. And they felt it slowed down their game.

Disappointed, but unmoved by this minor setback, I started collecting other old sets. I decided to buy online and found it wasn’t as easy as it seemed to get a full set in great condition for a bargain. As I anxiously awaited my first purchase on Etsy, I quickly was hit with reality: these on line sets came dirty and musty and smelly, with tiles missing! Now what? I cleaned them up, painstakingly using green cleaners, and Qtips and hours of elbow grease. But finding the missing tiles was the REAL challenge. I bought and returned some, bought and kept others, and finally bought and begrudgingly accepted the myriad of shades of the many different tiles I accumulated. So although I now have 3 beautiful vintage sets complete and restored, I don’t have a group that wants to play with them!

My conclusion? New is also good! A lot has improved over the years, and it’s made playing much easier. The new sets are very clear to see, and you can get quite fancy with your choices. Many colors to choose from, mixing and matching pushers, racks, dice and tiles become fun to complete. And at the last tournament I went to, as each East brought their own set, it was quite fun to see all the different choices that people have made to create a new set all their own. Where the Winds Blow was by far the most popular site mentioned when I would ask them where they got their sets.
Who knows? Maybe at the next tournament I will bring Bob’s set with me to complete my promise.

To submit your article for our blog, please send us an email with the text of the submission cut and pasted into the body of the email. If it has an attachment, we will not open it (too many viruses out there), so don’t forget to cut and paste the text. We welcome your ideas, thoughts, and musings!